Vancouver's CityStudio BikeLab recently introduced the first publicly accessible bike repair stations to the streets of Vancouver. There are now two stands with tools and air pumps where cyclists will be able to repair simple mechanical problems. 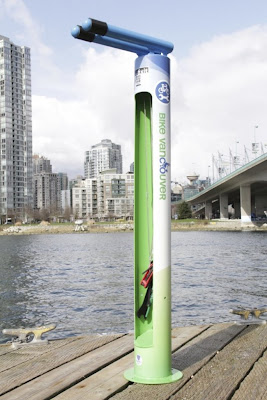 
In partnership with the City of Vancouver and the Vancouver South Lions Club, this project is piloting two stations; one located in the Woodwards Atrium on the West Hastings entrance and another at Science World.

On Saturday, April 6th, the bike repair first station was unveiled to evaluate the possibility of developing another eight stations in the future. 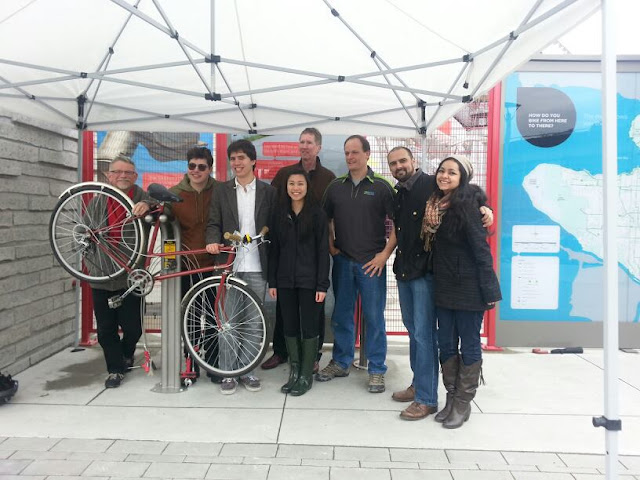 However, despite Canada's reputation for affability, greenness and hippy values, the installation of two $3000 bicycle pumps has sparked outrage in media editorials.

The pumps were recently installed at Hawks Ave. and Union St. (on the Adanac bike route) and at Science World, near the convergence of the Seaside, Adanac, Ontario, and Central Valley Greenway bike routes. The pumps fit both Schrader and Presta valve types, and have been built to resist the elements. It’s been reported that the two pumps cost a total of $6,000

However, it wasn’t until last week when Scout Magazine and then the Vancouver Courier ran a story that things started heating up. Both The Province’s editorial board and CTV went trolling, and Yahoo! Canada News piled on for good measure. The Province ran an anonymous editorial that was nothing short of an anti-cycling diatribe and then CTV devoted 3 minutes at the top of their 5pm newscast to outrage over this expenditure

Perhaps the no-cost model of Suffolk Bike Aid would be more suitable here?