Suffolk Bike Aid rarely goes on the road to events but as hundreds of cyclists were expected to come to the opening of the Millennium Green Cycle Path in our home town of Halesworth on Saturday 18th May 2013, we thought we should be there to welcome them.

View the Millennium Green Cycle Path in a larger map

Eventually several of the 250 or more cyclists attending did need to avail themselves of the donated  tools and pump we had brought along so it was a successful day on that front but also we spoke to many people who said they would like to host the kits in their own communities.

The night before we knocked up these information panels and were able to make an exhibition stand from bean poles to hang them from. We carried everything; table, chair, tools and pump to the event on a bicycle. We hope that inspires others to emulate taking bike aid to events.

But enough about us. The main event had splendid turnout with two Suffolk MPs and several County, District, Town and Parish councillors showing their green credentials by coming on bicycles. A large contingent of friends of the late Brian 'Boysie' Tate came en-route to St. Mortiz on a fundraising ride in his memory along with several Sustrans officers and volunteers and Suffolk County Council's Cycle Challenge who were conducting video interviews. A large marquee was kindly provided by the Lions Club of Halesworth and all the bunting made by the community for the Jubilee got yet another use. A pay-what-you-can stall serving home made food and drink encouraged people to be very generous and the takings reportedly exceeded expectations, proving Bike Aid's ethos that trust has greater efficiency than control.

The event organizers and project réalisateurs Halesworth Millennium Green Trust asked local schoolchildren to submit designs for bicycles of the future and a held a fancy dress competition for decorated bicycles. Several prizes were given to worthy winners and speeches of thanks made before the ribbon cutting by a pupil of Edgar Sewter Primary School.

The Millennium Green is owned by the people of Halesworth and will be so forever. With a grant from the Department of Transport, the charity Sustrans acquired and donated the land for the path adjacent to the green but a small plot prevented joining this to the Town Park until a Green Party district councillor urged Waveney District Council to acquire the land from a bankrupt developer, so unifying a patchwork of gifts by local philanthropists and the town council's efforts of more than forty years ago. In the last seven years HMGT volunteers have spend countless hours on negotiations, fundraising (still more to do), debating the virtues of hoggin versus tarmac and a great deal of hard physical labour to remove dangerous structures, buried railway lines and undergrowth before the contractors could begin the work. They and the contractors then battled the worst winter weather anyone can remember against a closer and closer deadline right up to the day. Without a doubt it has all been utterly worth it. The town park has been vastly extended into the Millennium Green, children now have a safe environment to learn to cycle on, people on an industrial estate have a safer way to cycle to the town's shops at lunchtime and people (of all ages) in buggies can go deep into a nature reserve on its hard surface. 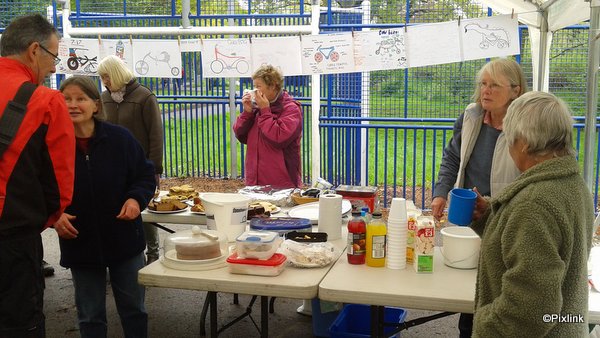 The HinT pay-what-you-can coffee stall did very well. Many people were over-generous 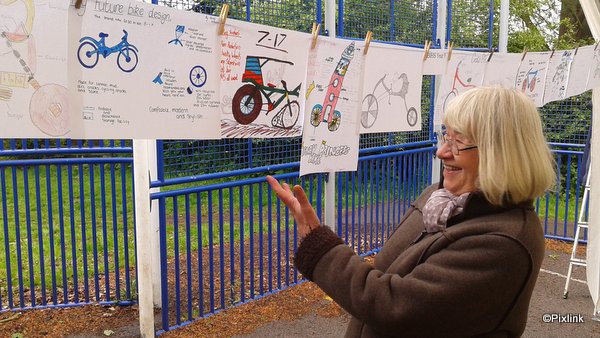 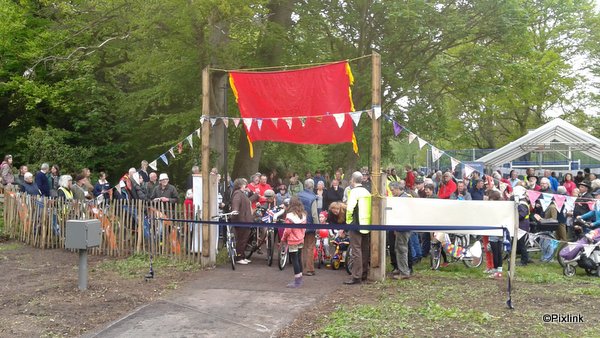 Cutting the ribbon on years of hard work 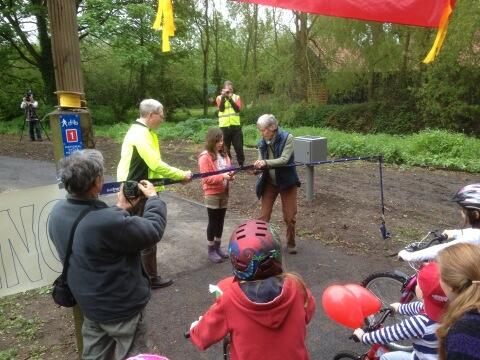 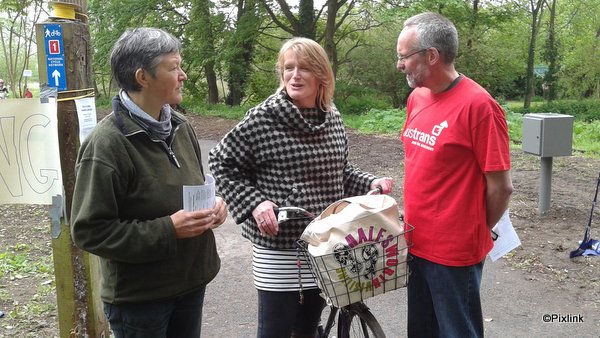 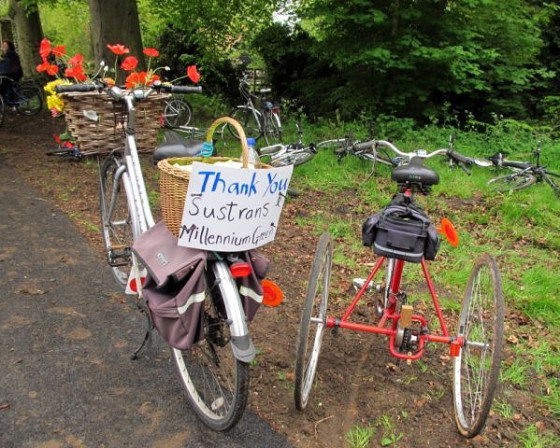 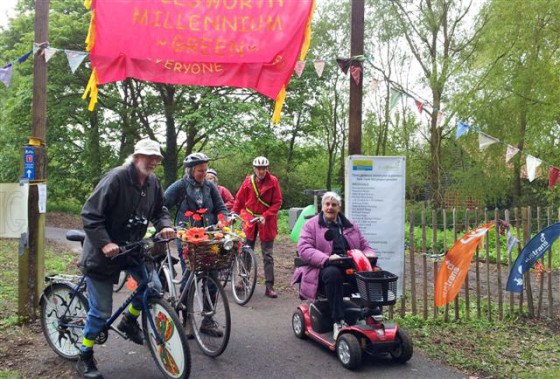